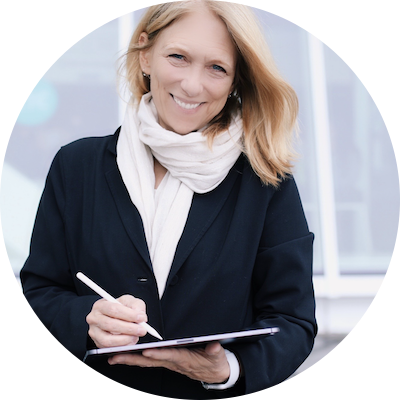 Liza Donnelly is a writer and award-winning cartoonist with The New Yorker Magazine, where she has been drawing cartoons and writing about culture and politics for forty years. She is also a contributor for CBS News and CNN, creating political cartoons as well as live-drawing special cultural and political events. Donnelly writes and draws for The New York Times and CNN Opinion pages. She is a designated top writer and cartoonist for Medium in politics and feminism where she writes and draws a regular column.

Donnelly delivered a very popular TED talk, which was translated into 38 languages and viewed over 1.4 million times. She is a return speaker at SXSW, has delivered talks at the United Nations in New York and Geneva, The New Yorker Festival, five TEDxes (most recently in Charlottesville, Virginia), universities, NGOs and corporate venues in the US and abroad. Donnelly has been a Cultural Envoy for the US State Department, traveling around the world to speak about freedom of speech, cartoons and women’s rights.

Donnelly is the creator of a new digital visual journalism called live drawing. For CBS News, CNN and The New Yorker, she covered the DNC in 2016, and the 2017 Inauguration, White House Press conference, political protest marches. According to NBC News, Donnelly is “a pioneer of on-the-fly sketching of live events” wherein she quickly cartoons people and events on her tablet and immediately tweets them out, sometimes with humorous and insightful commentary on the drawing or in the tweet.

In 2016, Donnelly was the first cartoonist to be granted access on location to live draw the Academy Awards and red carpet; she returns every year as the Oscar cartoonist. Both on location and remotely, she covered presidential debates, State of The Union, The Impeachment Trial, election returns, the Emmys, the Golden Globes, the Grammys, the BET Awards, the Tonys, the Olympics, World Cup, Superbowl, literary events, and more. Along with CBS News and The New Yorker, her clients include Fusion, The New York Times, BET, Medium, PBS, Narrative Magazine, ESPN, Stanford University, The Hindustan Times and others. Her innovative approach to reporting and commenting on events with live drawing has been covered in various publications and video profiles in Time, CBSNews.com, NBC News.com, Ad Week, USA Today, CNET, and People Magazine.

Donnelly was profiled on CBS Sunday Morning, MSNBC.com, NBC, has appeared on CBS This Morning, and has been interviewed on radio and in numerous magazines, newspapers and online. Donnelly’s cartoons and commentary can be seen on various websites: The New Yorker, Politico, CNN, Huffington Post, Salon, Daily Beast, Fusion, Narrative Magazine. Her work has appeared in print, including The New York Times, Ms., Glamour, Cosmopolitan, The Nation, South Hampton Review, Jerusalem Post, Hindustan Times and The Harvard Business Review. Donnelly is the author/editor of seventeen books. Donnelly is a member of the international project Cartooning for Peace, helping to promote understanding through humor. Her work has been in numerous exhibitions globally, and she has curated exhibits of international cartoonists, here and abroad. Donnelly taught at Vassar College and the School of Visual Arts.

Currently a Distinguished Athena Fellow at Barnard College, Donnelly is a recipient of an honorary PhD from University of Connecticut and delivered the Graduate School Commencement address, was a Thurber Prize finalist (the award for written humor in the United States), and is a recipient of a Reuben Award, the Salon St. Just International Prize, France, the AAUW Women of Distinction Award, and the Forte Dei Marmi, Italy, Satire Award. Her cartoons are in the Library of Congress Prints Collection, The Museum of Illustration and in private collections, and her cartoons are collected in numerous books around the world. A member of PEN America, Donnelly is on the board of the American Association of Editorial Cartoonists.

She lives in New York with her husband, New Yorker cartoonist Michael Maslin. 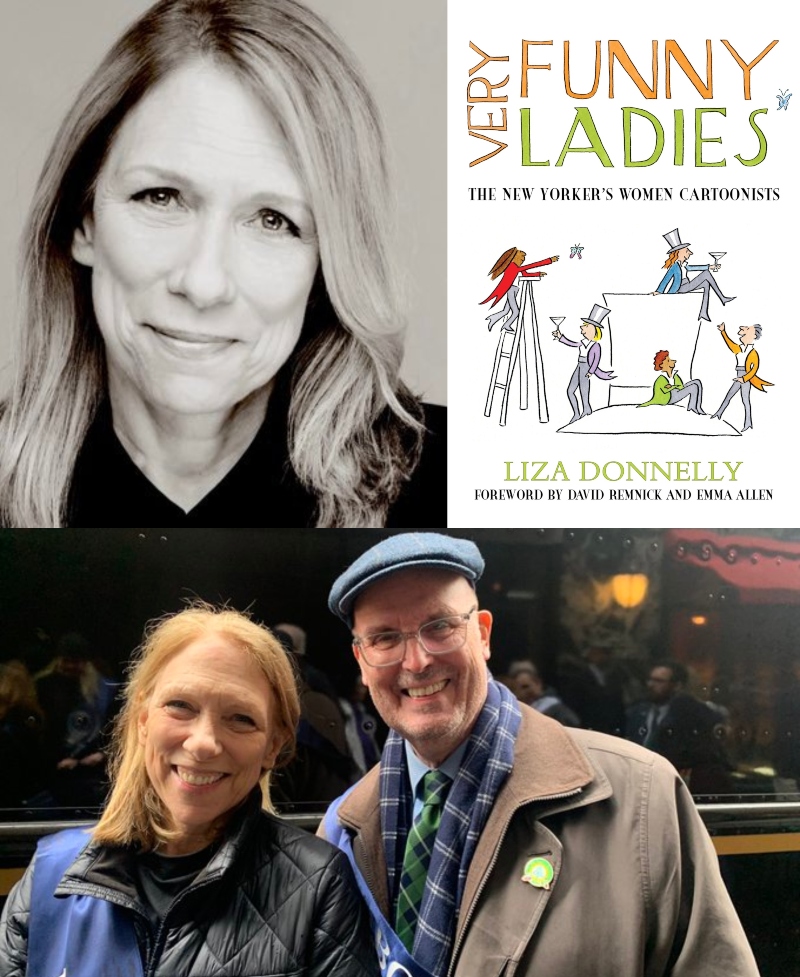 Liza Donnelly: New Yorker Cartoonist & “Very Funny Ladies” Irish Stew’s favorite cartoonist is back to tell you about her just-pu… 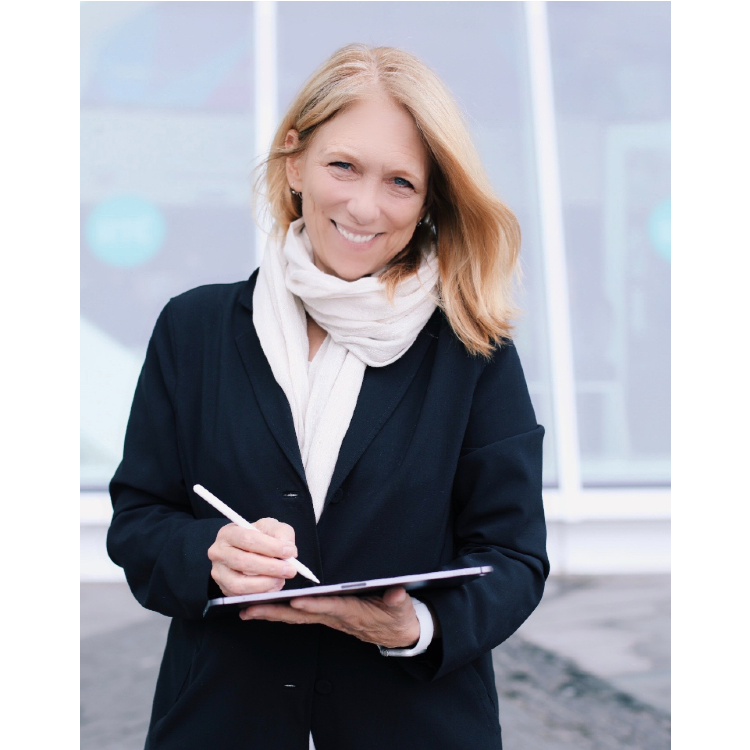 From when her mother gave her a book of James Thurber’s cartoons, Liza Donnelly has expressed her wit and rising political consci…