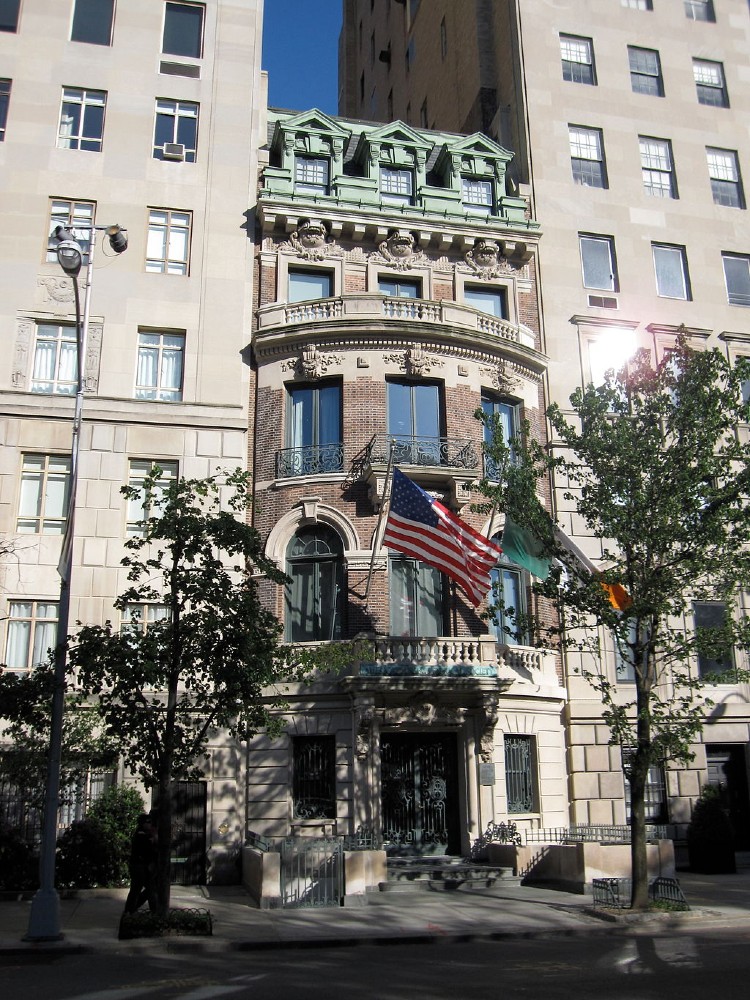 There are a number of important Irish cultural institutions in New York City, one of which is the AIHS. Housed in a Gilded Age mansion on Fifth Avenue across the street from the Metropolitan Museum, it is an important presence for Ireland on one of the most famous avenues in the world. In the view of Irish Stew, surrendering that iconic location would not only be a cause for disapointment but an unrecoverable mistake.

While we have little doubt, that the institution has been experiencing financial hardship as a result of Covid, we imagine that many members of both the Irish and the Irish American community, when galvanized, will step forward to lend the necessary financial and managerial support required to shore up and reinvigorate this venerable organization. Could the location not be rededicated to act as an umbrella location to act as a meeting point for the multiple homeless Irish Institutions that play a vital role in New York City? The addition of an expanded membership in a newly conceived institution would go a long way to creating a resilient institution while maintaining an important cultural archive

A cursory review of the AIHS tax filings from 2018 & 2019 indicate a modest enough budget deficit for an institution located at a premium address. In those years the organization ran deficits of 472 and 359 thousand dollars respectively

While the intervening years may have resulted in larger expenses associated with the maintenance of the building, we imagine a more robust membership recruitment, accompanied by corporate sponsorship, in addition to state support could ensure the future of the location going forward