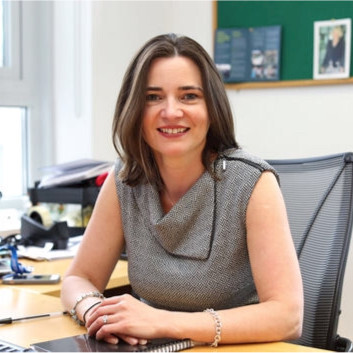 Emer Rocke gives an insider’s perspective on the lives of those most global of Irish citizens, the people of Ireland’s diplomatic corps. The Deputy Ambassador of Ireland to the United States at time of the interview, now Director of U.S. and Canadian Relations, Emer discusses the rewards and challenges of the diplomatic life, how Ireland punches above its weight in the international arena, why other countries view Ireland as an “honest broker,” how convening is a key soft power, its current role as a member of the U.N. Security Council, and how Ireland is viewed in Washington under the Irish-friendly Biden administration.

Dublin “born, bred, and buttered” but with rural Clare and Donegal roots, Emer relates the happy accidents that led her into the Department of Foreign Affairs, her early stages work on the Irish government’s diaspora outreach, her eventful first few weeks as the Director of British Irish Relations when the U.K. voted to Brexit, and lockdown diplomacy in Washington, D.C.

An advocate for diplomatic corps diversity, she looks at the progress that’s been made and the work still to be done, and uses her “Seamus Plug” to advocate for increased mental health awareness and supporting services.