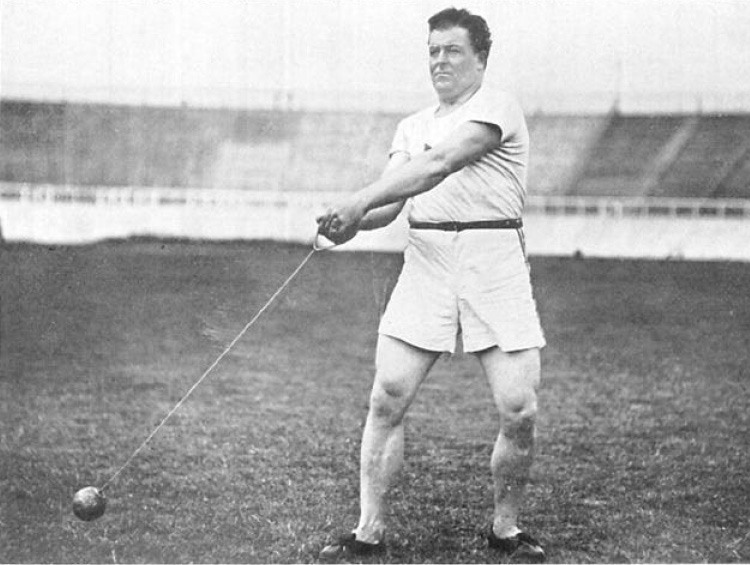 John Flanagan, the three-time Olympic Hammer champion athlete, was born on 9 January 1873 at Kilbreedy,  Limerick. He emigrated to America in 1896 where he joined the New York City Police Department.

While in New York he rose to fame in athletic circles as a hammer thrower. He represented the United States in the Olympic Games and is best remembered for winning three consecutive Gold medals (1900, 1904, 1908), a feat still unequaled.

In 1911 he returned to Limerick to work the family farm . He continued his involvement in athletics as both a competitor and a coach. He passed on the 3rd of June 1938) One of Ireland's most famous Irish Whales.