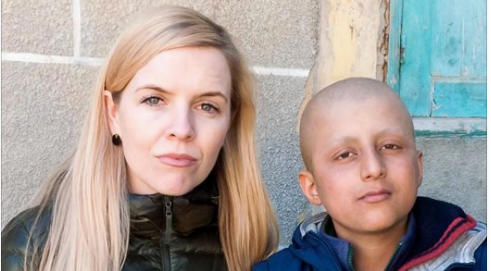 Shaunagh with Yusef, a Syrian Child Refugee Suffering from Cancer

To get a sense of Shaunagh Connaire's journalistic talent and commitment to her journalistic craft, take a look at some of her work from Channel 4's Unreported World at the bottom of this post which features an episode on Syrian refugee children suffering from serious illnesses unable to access healthcare due to their stateless status

When Irish Stew spoke with Shaunagh, what shone through, was her willingness to travel to dangerous places, tell difficult stories and shine a light and issues which should concern us all as humanitarians. While Shaunagh might not yet have achieved rock star notoriety, her reporting is more than worthy of the status!