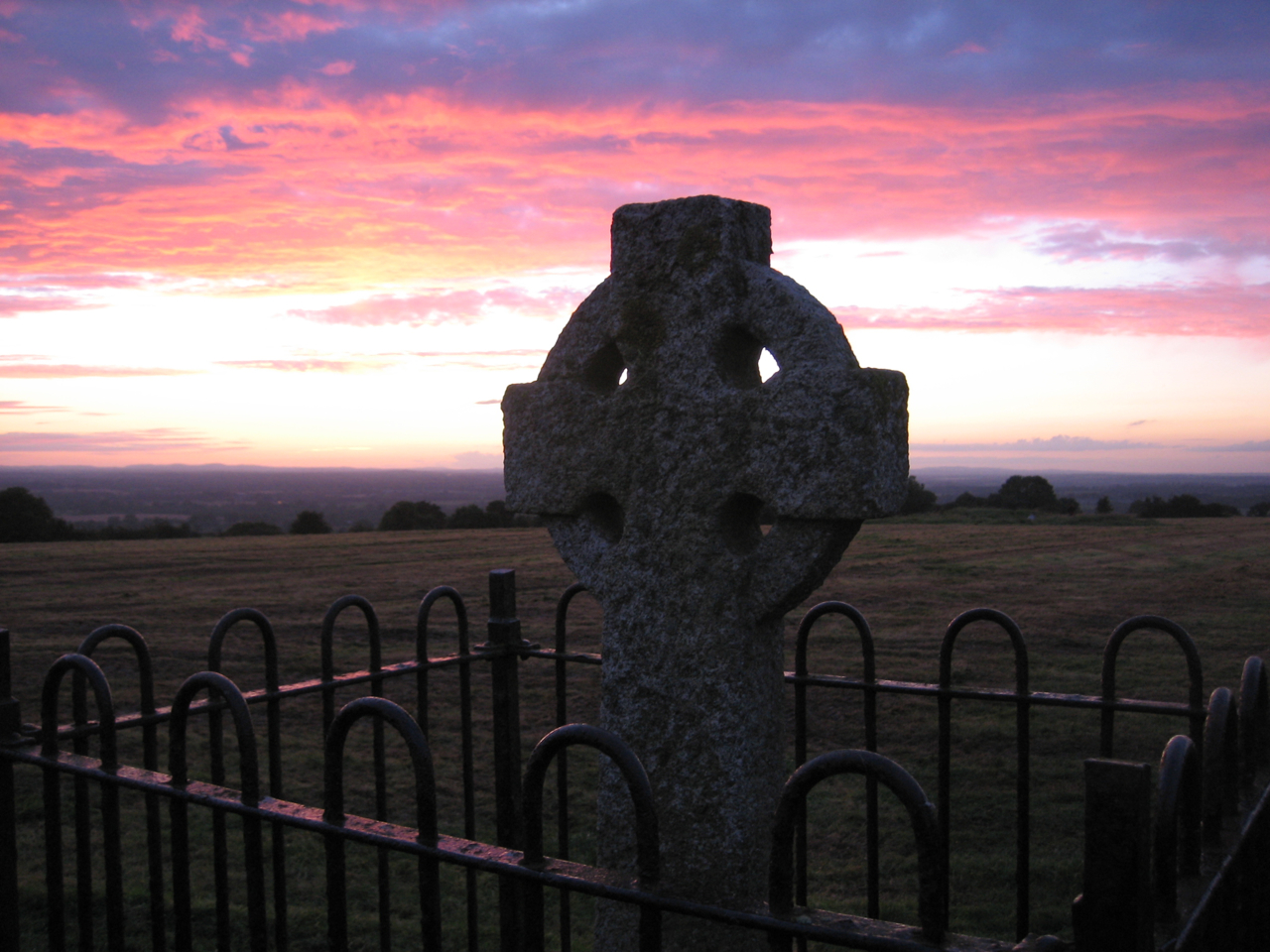 Some 4,000 United Irishman gathered at the Hill of Tara in County Meath in late May of 1798. They camped on the hilltop with the intention of controlling the main Ulster to Dublin road and also likely occupied the site due to its cultural significance.

The British government's response was swift and decisive. A combined group of yeomanry, fencibles, and militia assembled at the base of the hill. On May 26, 1798, the British forces attacked, and with combined volleys and the use of 6-pound cannon, thy made short work of the poorly armed and disciplined Irish. Some 400 Irish died that day and are buried in a mass grave on the hill. British casualties numbered less than 50.

The short encounter ended the rebellion in County Meath, a sad hallmark of the fragmented and poorly coordinated rebellions that broke out sporadically in Ireland that year which ultimately resulted in the bloody death of some 50,000 Irishmen.