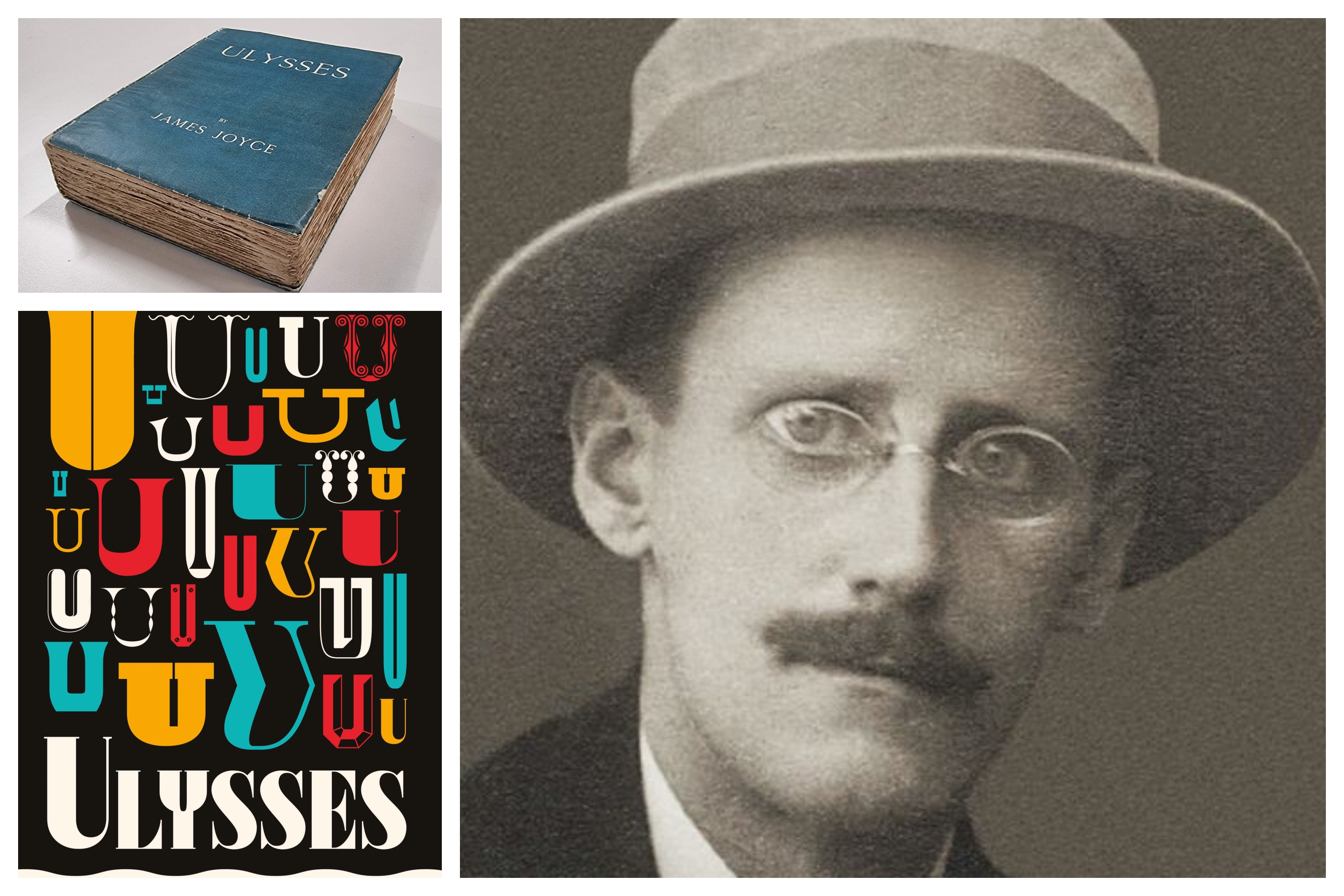 The publication of Ulysses and James Joyce's birthday coincided in 1922. The book has bewitched and bewildered readers for 100 years, written in different styles and perspectives across its 18 chapters. It has outraged readers both erudite and ordinary with frank revelations of the inner lives and desires of the characters that inhabit its pages. It was banned in the United States for obscenity but surprisingly not in Ireland, which had a habit of suppressing books in the earliest incarnation of the state. Simply put, it is like no other book, a snapshot of a city at the dawn of the 20th century.

Joyce had begun laboring over his magnum opus at the outbreak of WWI. It was written in Trieste, Zurich, and Paris as Joyce and his family sought shelter from the paroxysm of violence that gripped the continent. As Joyce labored over the text, his Irish home would change utterly, culminating with a measure of independence that occurred in the same year as Ulysses' publication.

Sylvia Beach (1887 - 1962), the American founder of the Parisian bookstore, Shakespeare and Company, brought an initial run of 1,000 copies to the public. Larger publishing houses had passed on the opportunity to publish, daunted by legal concerns arising from its controversial content. If you’re fortunate enough to have one of those copies, you’re in the money. A first edition sold for £275,000 back in 2009.

Like many readers, I’m daunted by the book. I’ve dipped into the text multiple times over the past decades but have never really come to grips with the book. During the past couple of weeks, I’ve had the pleasure of reading Ambassador Dan Mulhall’s Ulysses: A Reader's Odyssey. That reading has left me feeling prepped to tackle the book finally.

Tomorrow, John Lee and I sit down with the Ambassador to talk about his diplomatic career and Ulysses. We’ll be releasing that discussion on March 14th, the week of St Patrick’s Day. Stay tuned!