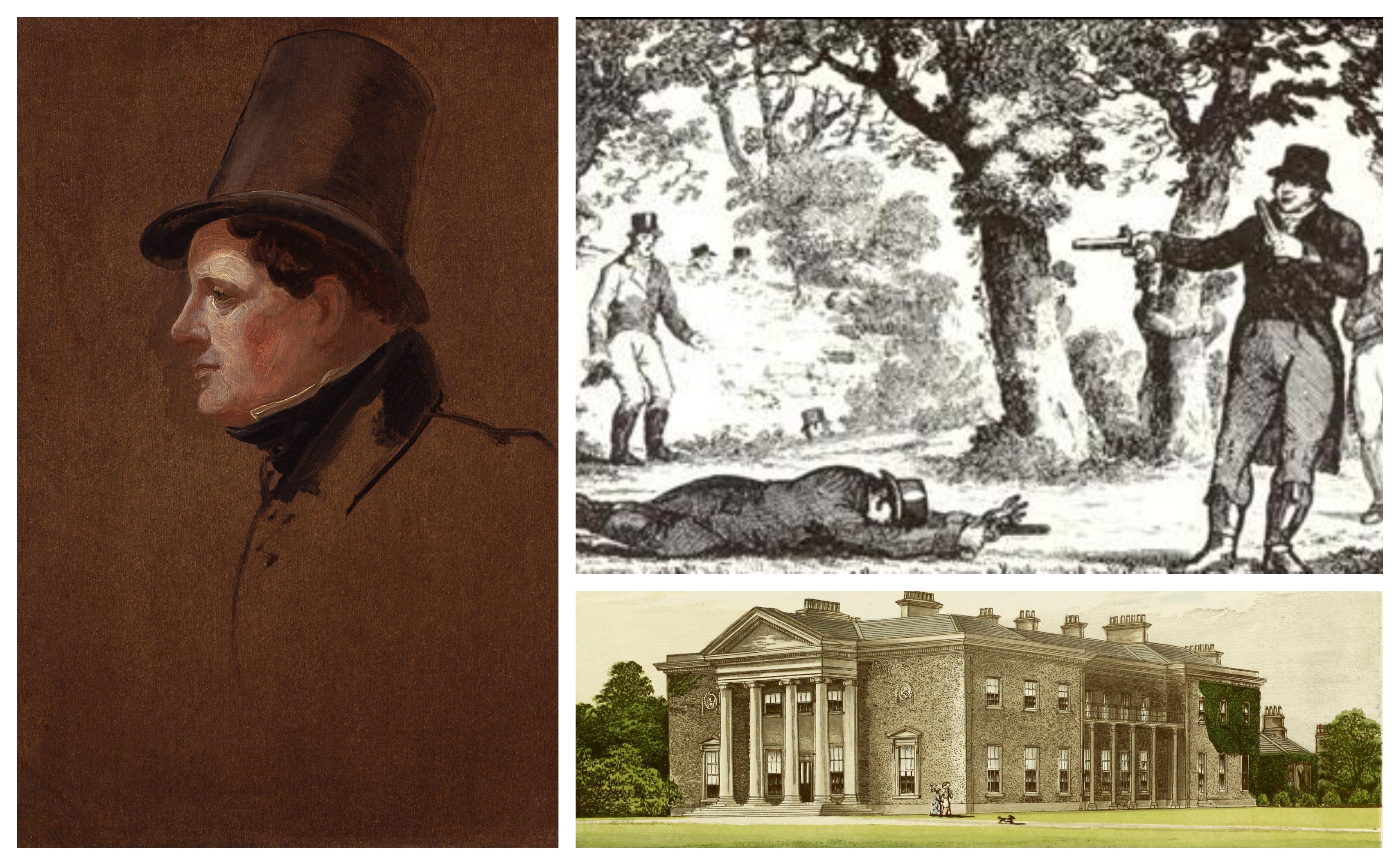 When Talking of Daniel O'Connell (1775 - 1847) to folks unfamiliar with Irish history, I often refer to him as an equivalent to Martin Luther King, Jr or Mahatma Gandhi. Like King and Gandhi, O'Connell attempted to change the circumstances of his people, Irish Catholics in this case, through the use of non-violence. O'Connell can take a great deal of credit for the passage of the 1829 Catholic Emancipation Act, which revoked the remaining discriminatory Penal Laws. This political success was achieved in significant part through mass protest and was notable for the absence of violence.

However, O'Connell was not always non-violent. He was known for being hot-tempered and capable of violence in his early days. This lack of control led to a duel in 1815 with John D'Esterre, a Limerick-born Protestant and former marine who was also a member of the Dublin Corporation. D’Esterre had taken exception to O'Connell's description of the Corporation as being "beggarly."

D'Esterre was in difficult financial circumstances at the time of the duel. Some thought indicates that he might have been encouraged into violent confrontation by influential figures who wished to break the forty-year-old O'Connell's growing political power. Regardless of the motivation, the crack shot D'Esterre arranged to meet O'Connell to settle the matter on Feb 1, 1815, at the Bishopscourt estate in Kildare.

D'Esterre shot first and missed, O'Connell returned fire, wounding his opponent in the groin. The wound would prove to be fatal two days later. It seems O'Connell was distressed by the deadly outcome and offered D'Esterre's widow a pension as compensation. The offer was refused, but an allowance for D'Esterre's daughter was accepted. O'Connell fulfilled this obligation for the subsequent 30 years of his life.