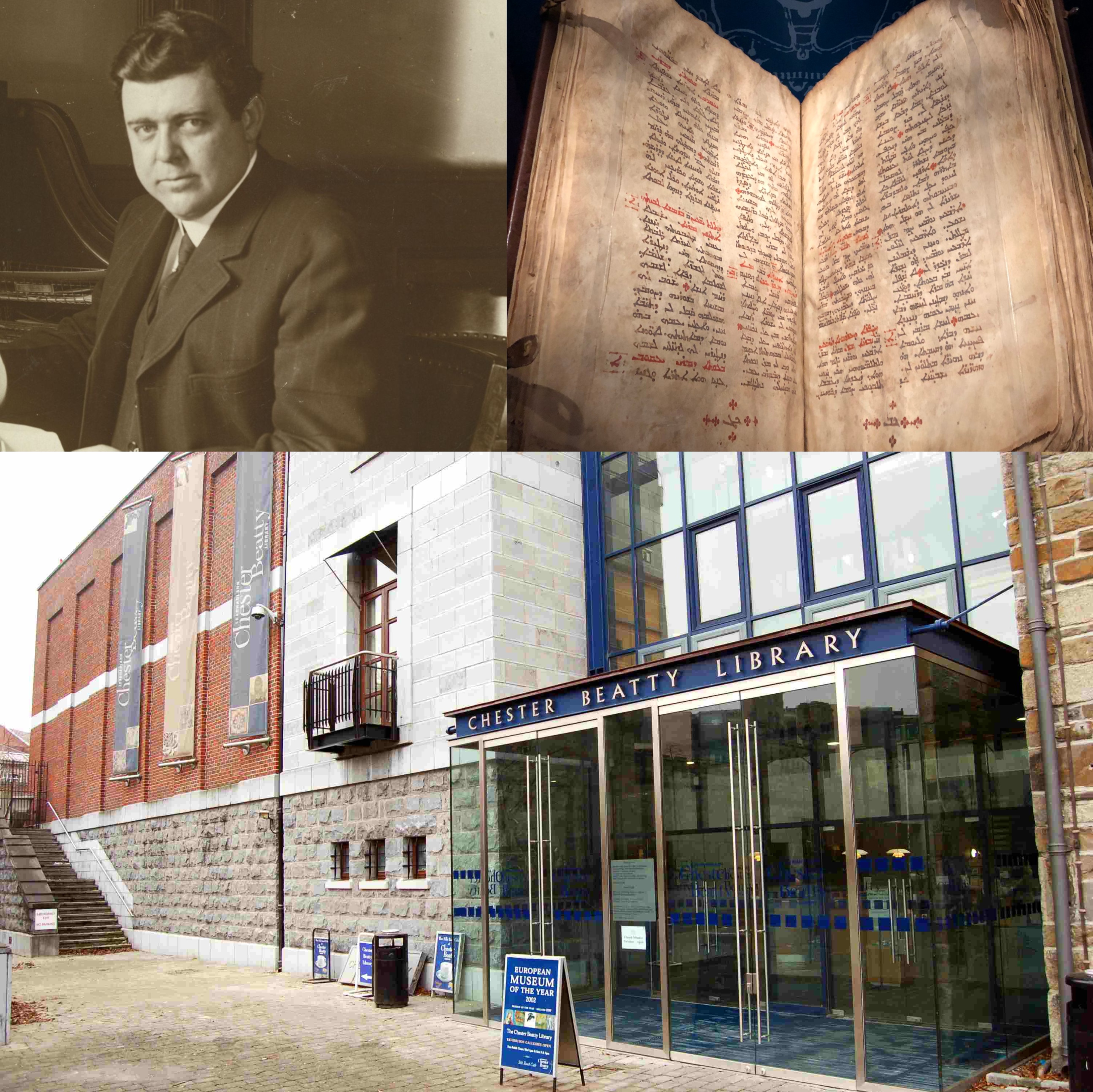 Alfred Chester Beatty was born in New York City on February 7, 1875. His paternal grandparents were Irish emigrants originating from Laois and Armagh, respectively.

After graduating from Columbia University’s School of Mines, Beatty moved to Colorado to begin a mining career from the bottom up, and within ten years, he became a mine owner. Beatty’s rise was not without consequence or difficulty, his health was damaged by silicosis, and he lost his wife to typhoid.

In 1913, Beatty moved to London and established Selection Trust, a company that invested in global mining properties. In parallel, Beatty became a collector focusing on rare books and manuscripts.

Dissatisfied with what he perceived as the overly bureaucratic ruling Labour Party, Beatty moved, along with his collection, to Ireland in 1950, where he felt government regulation was less onerous and where his business activities received more favorable tax treatment.

He established the Chester Beatty Library in Dublin and continued to add to the collection during the 50s and 60s. Beatty became an Irish citizen in 1957, and on his death in 1968, his library and its contents were left in trust to the Irish people.