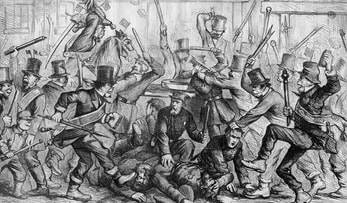 On Sunday, June 11th, 1837, a shoving match transformed into a full-scale sectarian riot in Boston between Irish American Catholics and Yankee Protestant firemen.

In the proceeding decades, impoverished Irish Catholics, began to arrive in early 19th century Boston. This wave of immigration, before the Great Hunger, kindled tensions between the established Boston Protestant community who were wary of the suspected Catholic allegiance to the Vatican rather than the American republic.

The newly arrived Irish Catholics settled in the densely populated waterfront Broad Street neighborhood. Their crowded and densely packed living situation created conditions where infectious diseases spread rapidly further exasperating tensions with the established Yankee Bostonians. At that time many thought the spread of such diseases, was an indicator of moral depravity rather than a function of poor hygiene practice which facilitated the transmission of germs. the notion of germ-based disease transmission would not be broadly understood until the latter half of the 19th century.

On the day of the riot, members of the Engine 20 Fire House had returned from an incident. Some of the crew decided to quench their thirst at a nearby pub, following their efforts, only to emerge later in the midst of an Irish funeral. The combination of alcohol and presumed religious animosity resulted in a confrontation that quickly changed from a shoving match to a more serious brawl. Initially, the Yankee firemen were outnumbered and on the receiving end of a beating. However, they used their alarm bell to call in reinforcements and the tide of a confrontation shifted and descended on Broad Street. Soon hundreds of men using sticks, stones, bricks, and cudgels were involved and the Irish were overwhelmed and driven into their homes which in turn suffered the depredations of the riot. 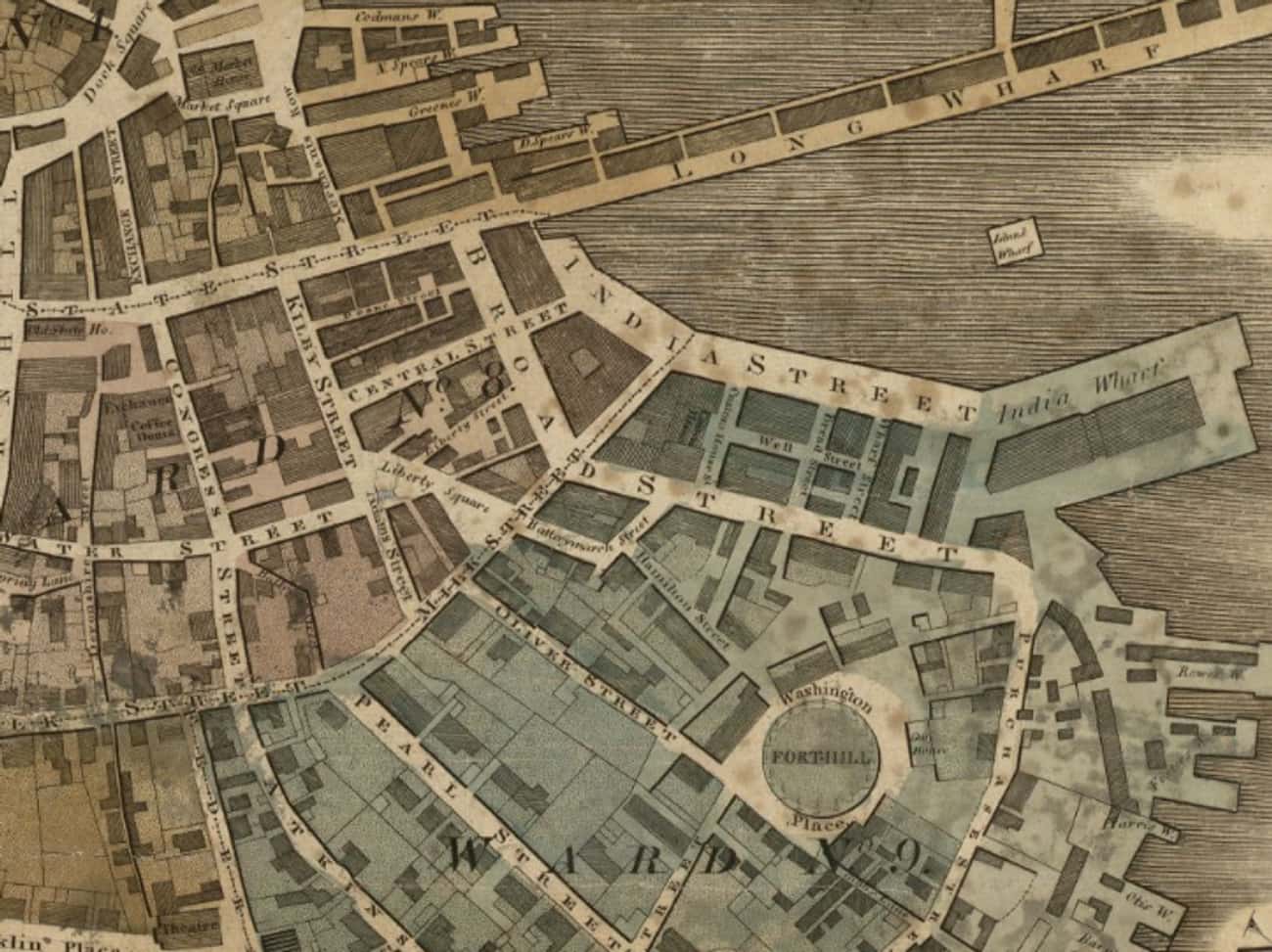 Ultimately, Mayor Samuel Eliot broke up the escalating conflict by calling out the National Lancers and State Militia. Despite the scale of the disturbance, nobody appears to have immediately perished however the Irish community suffered significant property loss at the hands of their Yankee opponents.  While 38 men were arrested, they were predominantly Irish Catholics of which 4 were convicted for their actions on that day. The Yankee Protestant arrest numbers were far lower and none would be convicted of a crime. Clearly, Boston had a long way to go to eliminate sectarian conflict and bias which would continue to be a problem in the city