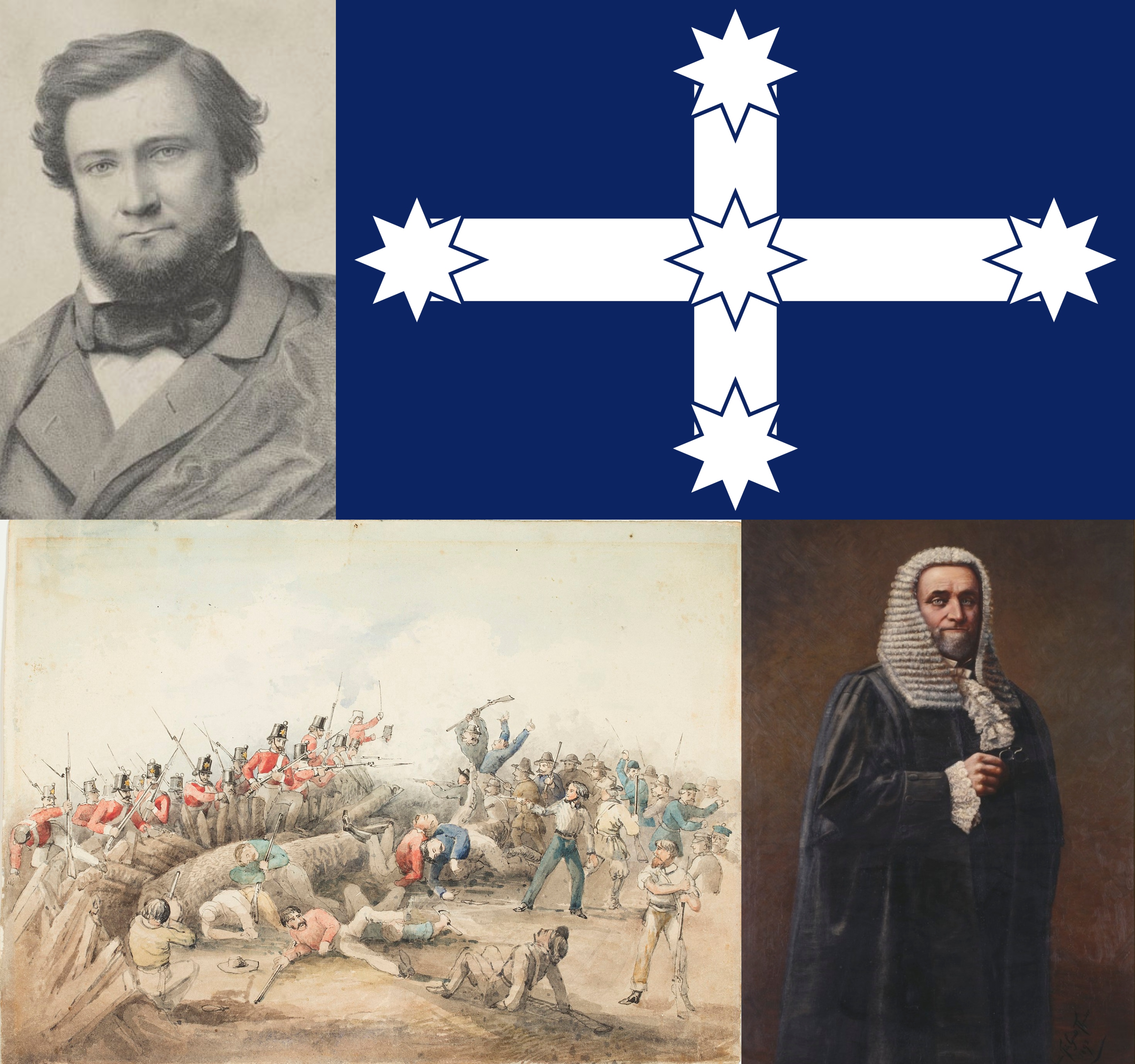 Lalor received an education as a civil engineer and along with with his brother Richard emigrated to Australia in 1852 attracted by a booming economy in both railroads and newly discovered gold fields.

By 1853 Lalor made has way to the southern province of Victoria where he staked a claim in the Ballarat goldfields. He arrived at a time of political turmoil among the miners who were angered by high mining fees and were agitating for political representation.

By late 1854, the situation has deteriorated further with the miners creating a defensive armed stockade at Eureka and Lalor acting as one of the leaders of the aggrieved miners beneath a flag depicting the Southern Cross. Tensions came to a head and governmental forces attacked the stockade killing at least 30 miners. Lalor was seriously injured resulting in the loss of his left arm.

The heavy handed governmental response backfired with public sympathy running against the authorities. The confrontation at the Eureka stockade is often considered to a foundational event of Australian democracy. Lalor’s involvement in those events would result in a career in elected office