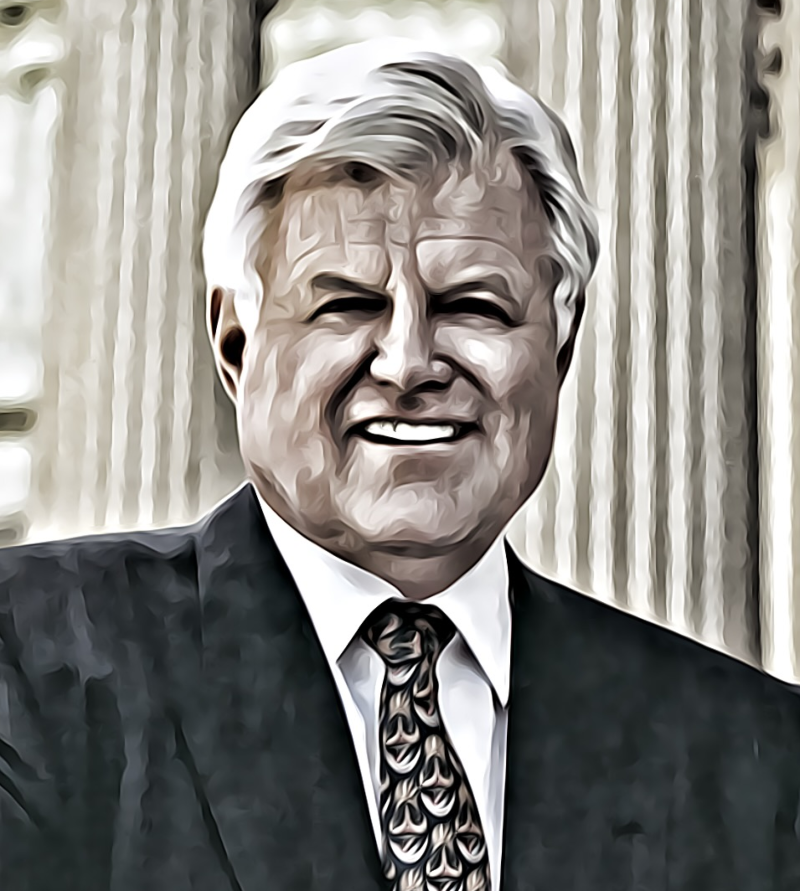 Ted Kennedy (1932 - 2009) was born Edward Moore Kennedy in Boston, Massachusetts, on Feb 22, 1932. He was the youngest child of nine, born to Joseph Kennedy and Rose Fitzgerald. His Great Grandfather Patrick Kennedy arrived in Boston in 1849 at the height of the Great Hunger. Patrick would succumb to cholera in his mid-30s, some ten years later but not before establishing his family in their new American home. That early death was not the only tragedy the family would face, Ted's three older brothers, Joe Kennedy, Jr, John Kennedy, and Bobby Kennedy, would predecease him all also under tragic circumstances.

At age 30, Kennedy entered the United States Senate following a special election for the Massachusetts seat held by brother John, who had been elected to the presidency in 1960. He would hold that seat until his death in 2009

Following the assassinations of brothers John in 1963 and Bobby in 1968, Ted inherited the family political mantle. There was talk of a run for the presidency in 1972, however, that possibility became unglued with the tragic death of Mary Jo Kopechne at Chappaquiddick in 1969. He would attempt to unseat incumbent Jimmy Carter in 1980, but that campaign effort never fully caught fire. Both Chappaquiddick and continued questionable behavior would continue to dog Kennedy's political life into the 1990s.

Kennedy's second marriage to Victoria Anne Reggie, in 1992, appears to have stabilized him and curtailed his more problematic impulses. In the latter part of his senatorial career, he was feted as a champion for the liberal political cause, and he became noteworthy for his ability to forge bipartisan legislation in an increasingly partisan Senate.

Kennedy's 2008 endorsement of Barrack Obama's presidential campaign paved the way for a historic election later that year. He had thrown his support to the young Illinois Senator with the understanding that Obama would support universal healthcare on his election.

In 2008 he was diagnosed with an inoperable glioblastoma, a brain cancer, fatal in almost all cases. He died in August the following year without seeing the passage of the Affordable Care Act dubbed Obamacare. In my respects, the law might well have been named Kennedycare given his advocacy of that fundamental liberal cause in the Senate.