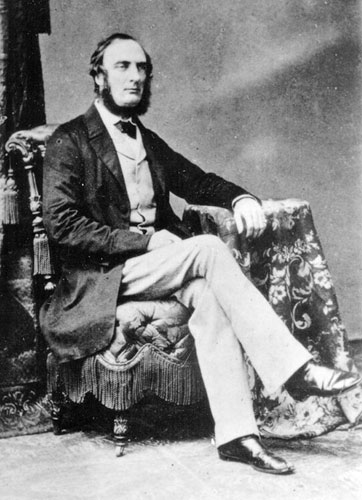 John Palliser (1817 - 87) was born in Dublin and raised in Waterford. His family was descended from William Palliser, a late 17th-century bishop of Cashel. Despite being multilingual, a product of his family's continental European travels, Palliser did not succeed in academia, leaving Trinity College without a degree and opting instead for a military career as a lieutenant with the Waterford Artillery Militia.

In 1847, Palliser, visited America on a hunting and traveling expedition. That journey became the subject of a book published in 1853 which in turn formed the basis of an appointment as expedition leader to the 1857-1859 RGS exploration of the Canadian Southern Prairies and Rocky Mountains. The subsequent  expedition reports would be used to establish the border between the United States and Canada.