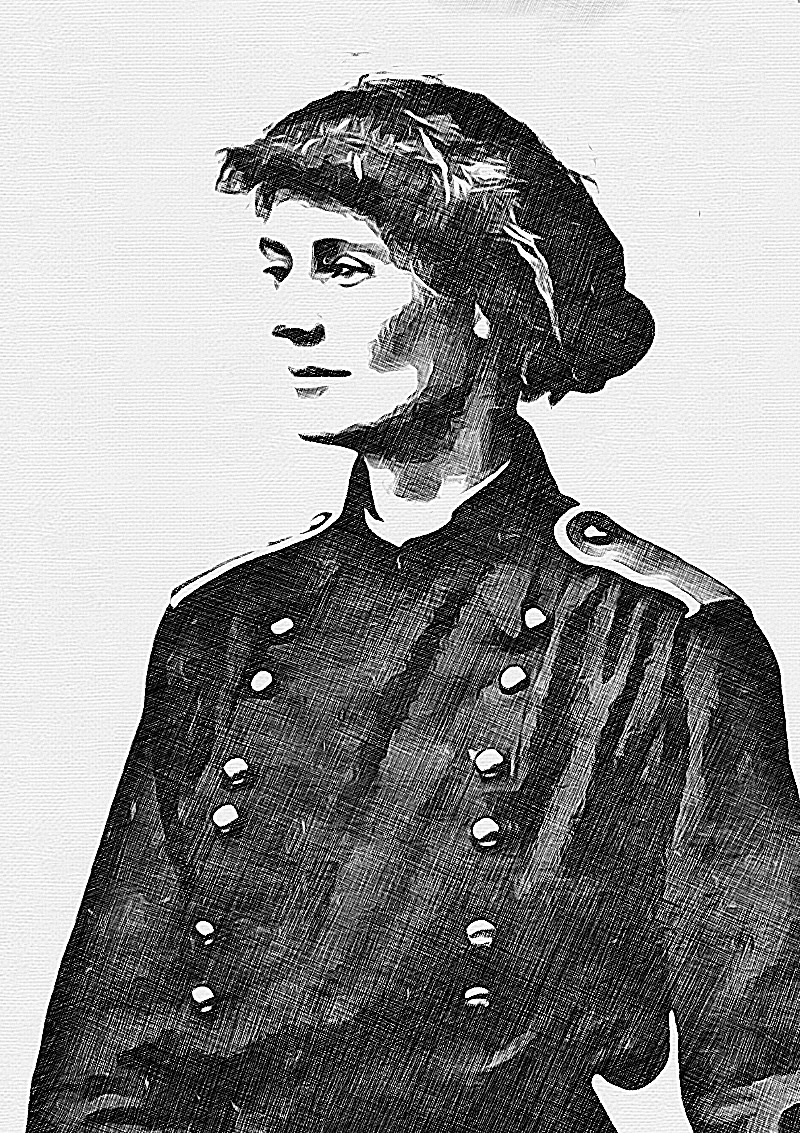 Constance Markievicz (1868 - 1927) was born in London on February 4th, 1868. She was born Constance Gore-Booth and is often called Countess Markievicz by virtue of her 1900 marriage to Count Casimir Markievicz whose claims to title and nobility are a matter of debate.

While Markievicz may have been the child of Anglo-Irish privilege, her politics leaned radical, socialist and feminist. She is notable for her active participation in the 1916 rising, and for being the first woman to serve in a ministerial capacity in both the Irish government and in a European context.