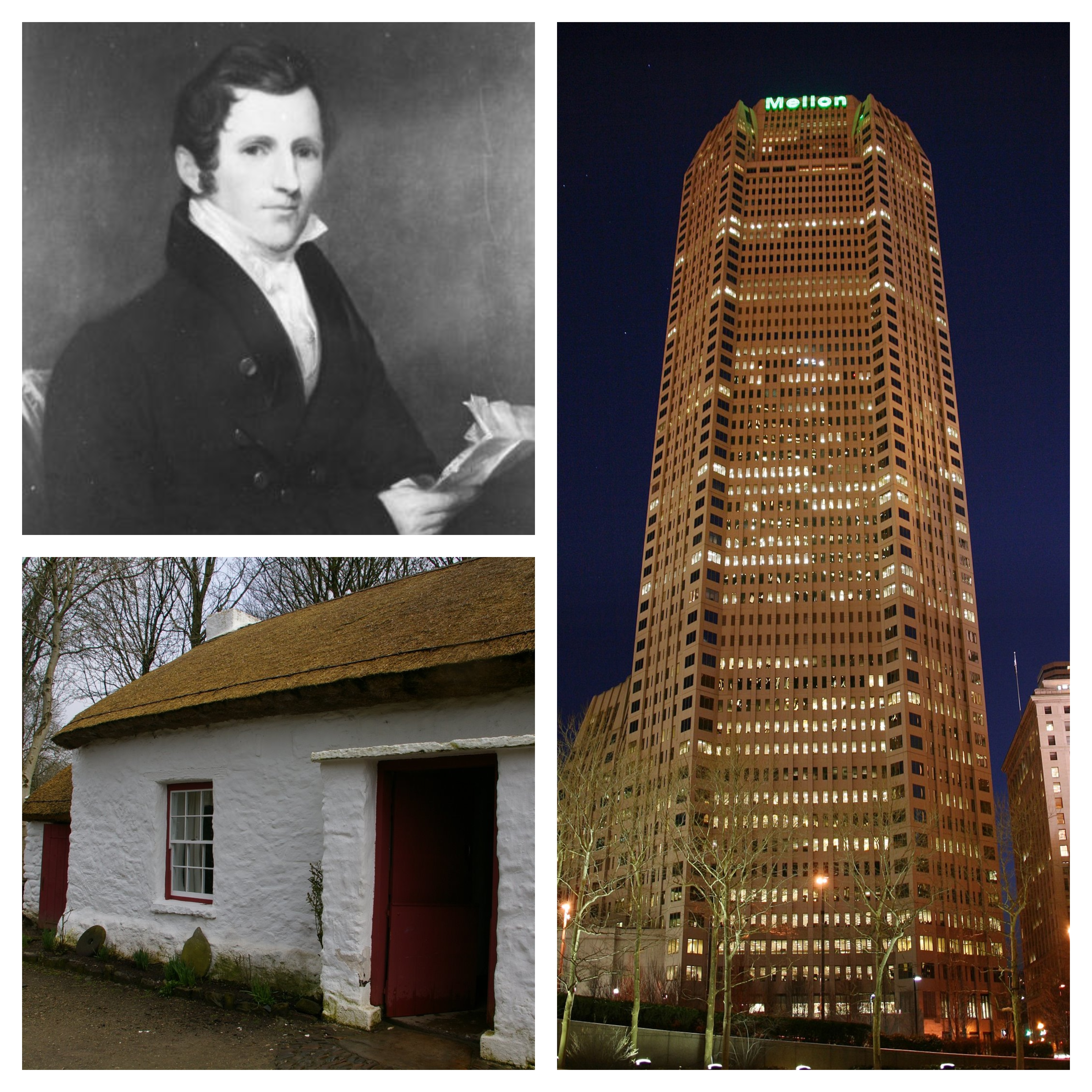 One of America's wealthiest families originates from the small village of Cappagh in County Tyrone. In 1813, Thomas Mellon, the founder of the Mellon Bank, was born in a small house that can now be seen at the Ulster American Folk Park. Mellon emigrated to the United States five years later, where his family settled in Western Pennsylvania.

Like many settlers in the early 19th century America, the Mellon family pursued a life working the land as farmers. Thomas Mellon chose a different path; on graduating from the Western University of Pennsylvania, a precursor to the University of Pittsburgh, in 1837, he pursued a career in law. He proved to be an adept practitioner of his trade and invested his earnings successfully in Pittsburgh property and Pennsylvania coal fields.

While Mellon would be appointed to the Alleghany county bench and serve successfully in that capacity for ten years, he chose to leave his legal career behind in 1870 and opted to launch T. Mellon & Sons Bank. By the end of the century, the Mellon bank was the largest financial institution in the United States