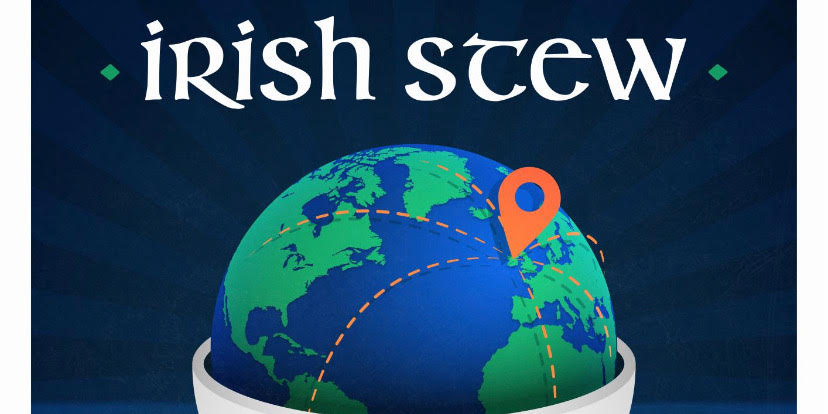 When Martin Nutty and John Lee realized they were planning to do similar podcasts, they collaborated to create Irish Stew: Conversation for the Global Irish Nation which launched today at irishstewpodcast.com, iTunes, Spotify, and other popular podcast platforms.

Nutty is from Dublin, came to the U.S. on an athletic scholarship, and works as a programmer in the financial services sector, indulging his interests in Irish history, genealogy and storytelling in his own The Nutty Chronicles podcast. Lee, an Irish-American whose grandparents all came from Ireland, works in public relations, has served on the board of the Irish American Writers & Artists, is the president of the Irish Business Organization of New York, and is often tabbed to moderate panels on Irish topics at business events.

“We’re looking to engage with Irish influencers globally, explore what an Irish identity means to the 70 million people worldwide who claim it and hear great stories from influencers on the island of Ireland and from its diaspora around the world,” Lee said.“ Through compelling conversations, we aim to advance a fresh narrative on what it means to be Irish.”

“We’re looking to be the glue in the stew,” Nutty said. “We want the podcast to strengthen the connective tissue among far-flung Irish outposts, create a constructive dialogue on Irish identity and build the argument for permanently retiring the ‘Plastic Paddy.’ We’re talking to great people, learning new things, and having good craic along the way.”

After releasing its preview episode last week, Irish Stew kicks off with three full episodes featuring conversations with Jeffrey Hayzlett, CEO of the C-Suite Network who recounts his emotional first visit to Ireland and his thoughts on Donald Trump from his stint on The Apprentice; Bridget Bray who blows the dust off genealogy and describes how to break through the dreaded “brick wall” to find your ancestors; and top-tier podcast producer Bill Schultz, who despite the German name, tells of his strong Irish roots, and shares insider insights on podcasting today.

Schultz has since signed on to be the Irish Stew producer/editor and the show’s musical theme was composed and sung by Rosa Nutty.