Liza Donnelly and The Palace Bar 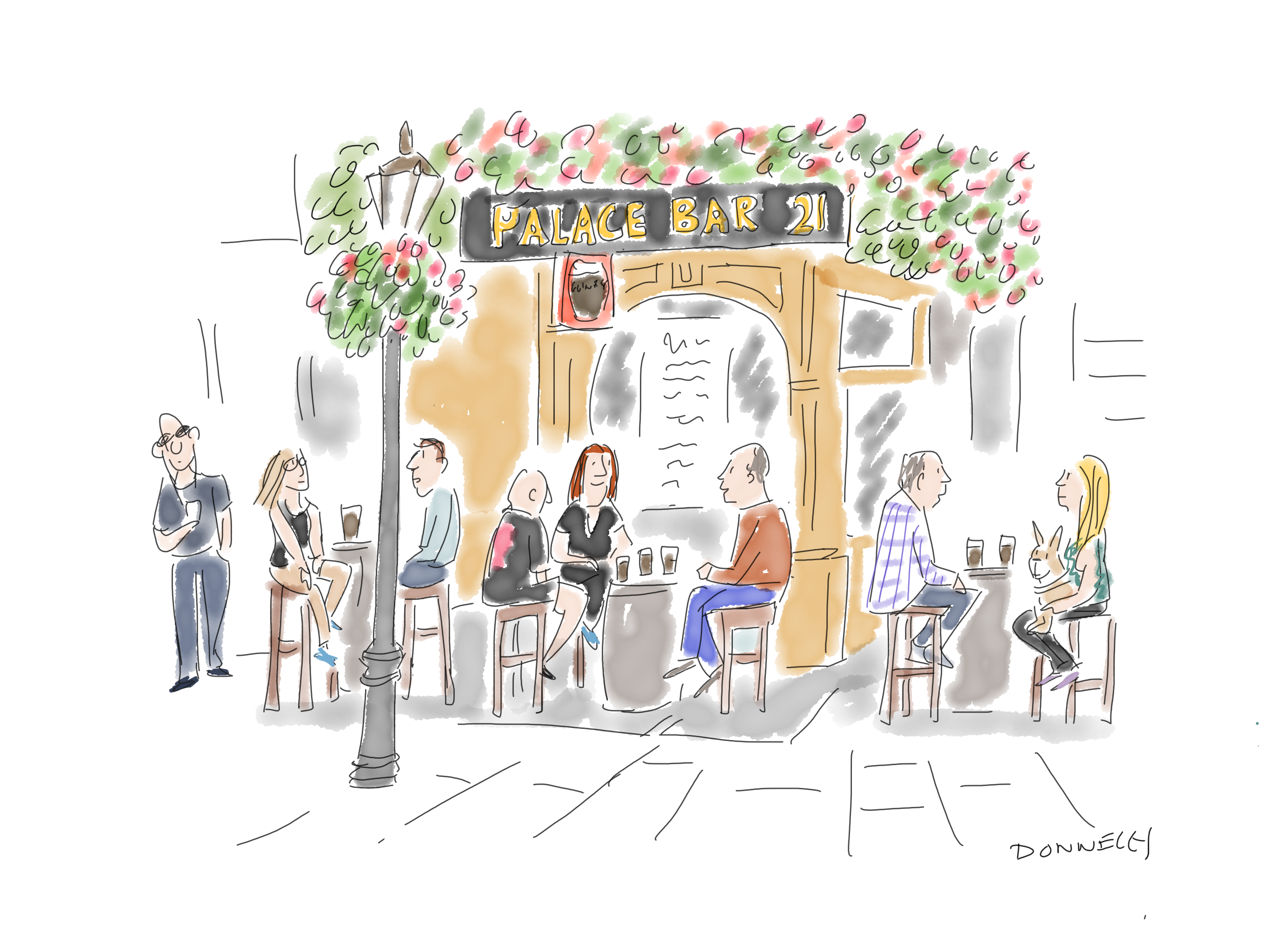 Our next podcast guest is visual journalist Liza Donnelly probably best known for her cartoons which have been featured in the New Yorker magazine for over 40 years. In 2018,  Liza, visited Ireland for the first time where she spoke at InspireFest now called FutureHuman

While in Dublin, Liza produced a series of drawings as she explored the city. Naturally enough the collection included a pub. Liza chose to draw The Palace Bar which is one of Dublin’s great venues beloved by those who make their living with the pen

I haven’t gotten around to asking Liza why she drew the place, maybe it was just the exterior festooned with flowers on a warm Dublin day that caught her attention? Maybe it was that she had heard the place was frequented by journalists from the nearby Irish Times and wanted to experience the type of maven haunted by Irish members of a shared profession?

The Palace is located just South of the Liffey, the river which bisects Dublin into its Northern and Southern districts. Specifically it’s located at 21 Fleet Street in Temple Bar a place where tourists crowd and enjoy the intimacy of the narrow medieval streets that wind through that more ancient part of the city

The bar was famous long before Temple Bar became a favored destination. Dublin Whiskey Tours did a nice write up on the place and reveals that it opened for business back in 1823 - so the 200th anniversary is approaching. Will the ghost of former patron Brendan Behan make an apparition to celebrate?

The excellent Three Castles Burning podcast hosted by the wonderful Donal Fallon did a fabulous piece on the place.  If you have an interest in Dublin’s history, Donal’s stuff is must listen

As to Liza’s visit, I hope there was time to stop for a tipple.  If not, maybe a return for the bicentennial is in order to see if a few other literary ghosts can be roused?

Make sure you’re subscribed to the Irish Stew Podcast so you don’t miss Liza’s episode which will be out on Sunday, Feb 28 at midnight EST