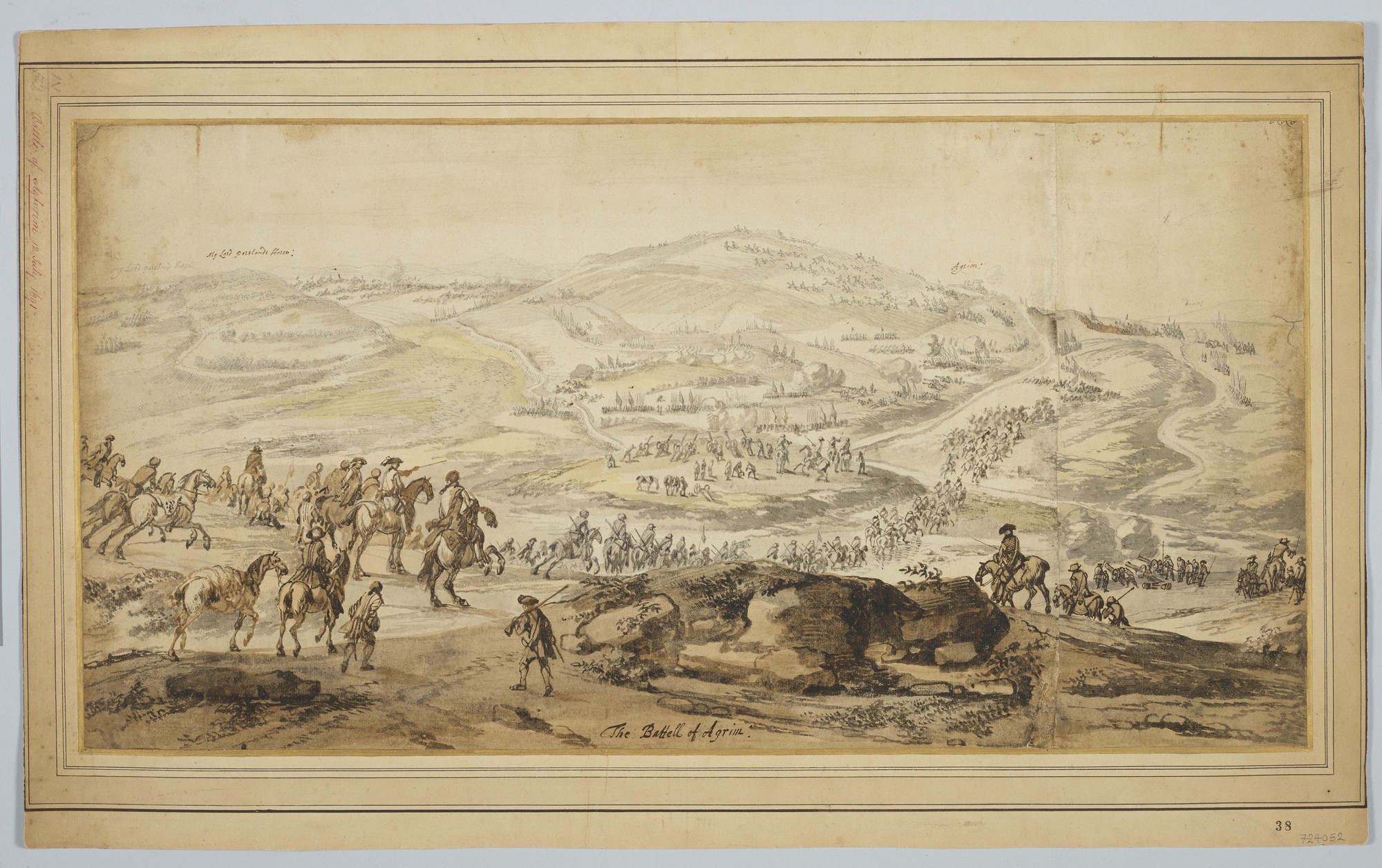 Most Irish people can name a number of significant battles fought in Ireland. Clontarf in 1014, Kinsale in 1602 and the Battle of the Boyne in 1690, to name a few. Less commonly mentioned is the Battle of Aughrim which was fought in 1691 and was the decisive engagement between the Protestant forces of William III and the Catholic army of James II - Jacobites. The battle resulted in a decisive defeat of the Jacobite forces and proved to be the bloodiest day in Irish history with estimates of some 7,000 deaths.

Why does this feature less frequently in discussions of Irish history? In many respects its far more significant engagement than the Battle of the Boyne in the prior year. Yet the Boyne gets a lot more ink, probably because both Kings, William and James were actually present. While that day resulted in defeat for James II who promptly fled Ireland, the war was far from over until the devastation of  Catholic forces at Aughrim in Galway the following year

In our recent conversation on battlefield archaeology, Damian Shiels cited the Aughrim battlefield archaeological work which confirmed how the bulk of Jacobite casualities occured, not on the front line of the conflict that day, but rather a disorganized retreat, better be described as a rout. It seems that the Catholic troops left a trail of debris as they fled in terror from the pursuing Williamite cavalry and it ws this trail that that the archaeologists would pickup 300 years later

The war would continue till October of 1691 when the conflict concluded with the Treaty of Limerick. The treaty would result in a significant migration of Irish troops, known as the Wild Geese, to France where they would serve in exile on continental battlefields.

For more on battlefield archaeology andthe participation of the Irish in the American Civil War, give the podcast a listen