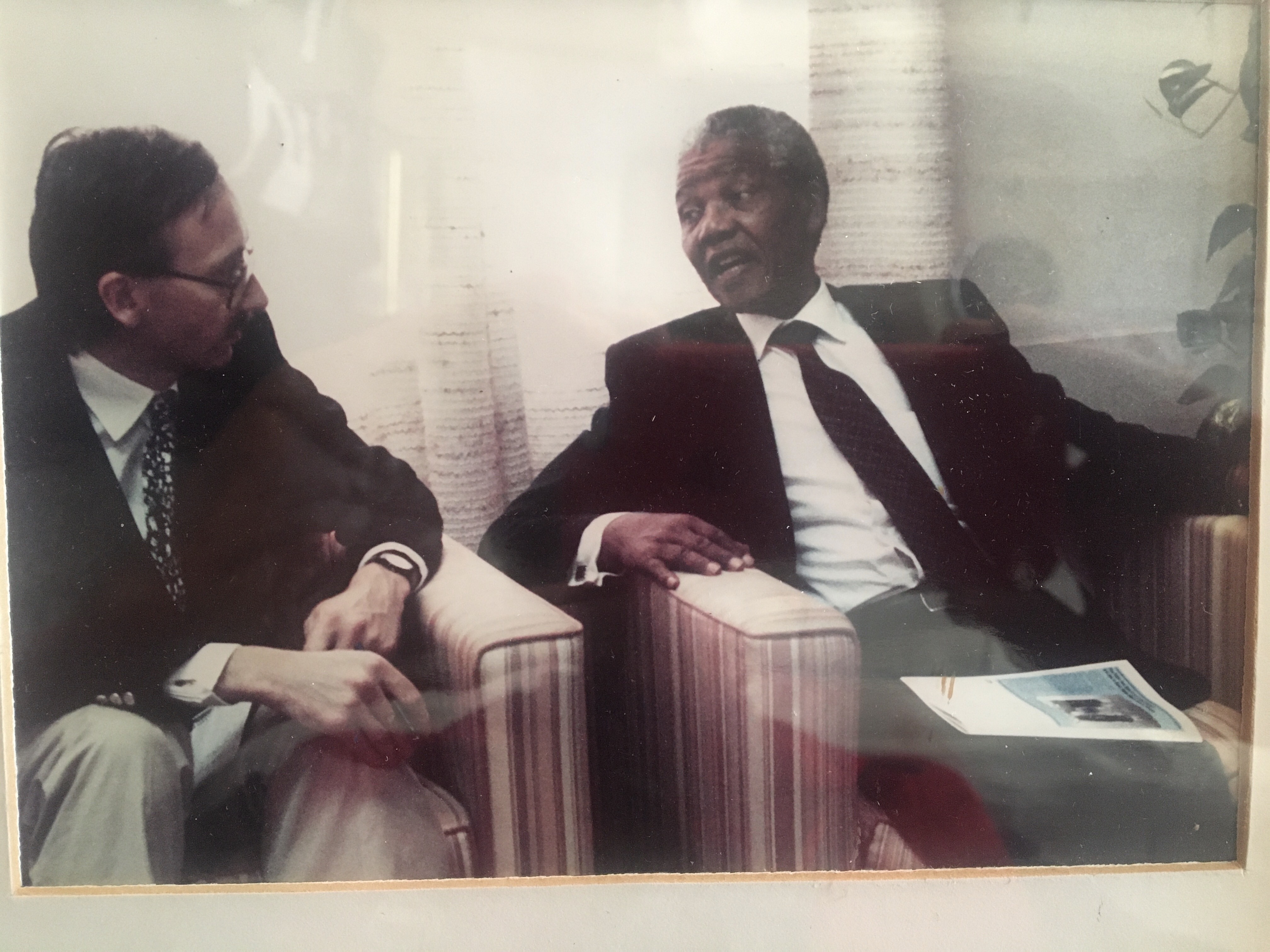 On the podcast we had talked with Ted for about an hour and unsurprisingly noted that his career and insights left much more to discuss. Naturally we requested the opportunity for a 2nd bite of the apple which Ted kindly agreed to. After our recording session, we asked for some pictures that we could use to promote the episode

The picture above with Nelson Mandela was included in the batch supplied by Ted. We’re looking forward to the back story on this image as we had not touched on the great man at all!
During last night’s event at Glucksman, we noted the front footed expansive definition of Irishness with the Black, Brown and Green initiative featured prominently. In essence, this is what makes Ireland House such a welcoming place. In this month, when America celebrates Black History, we’re encouraged to see this outreach and unsurprised to see an organization, where Ted serves as a board member, leading the charge on making Ireland an even more welcoming place