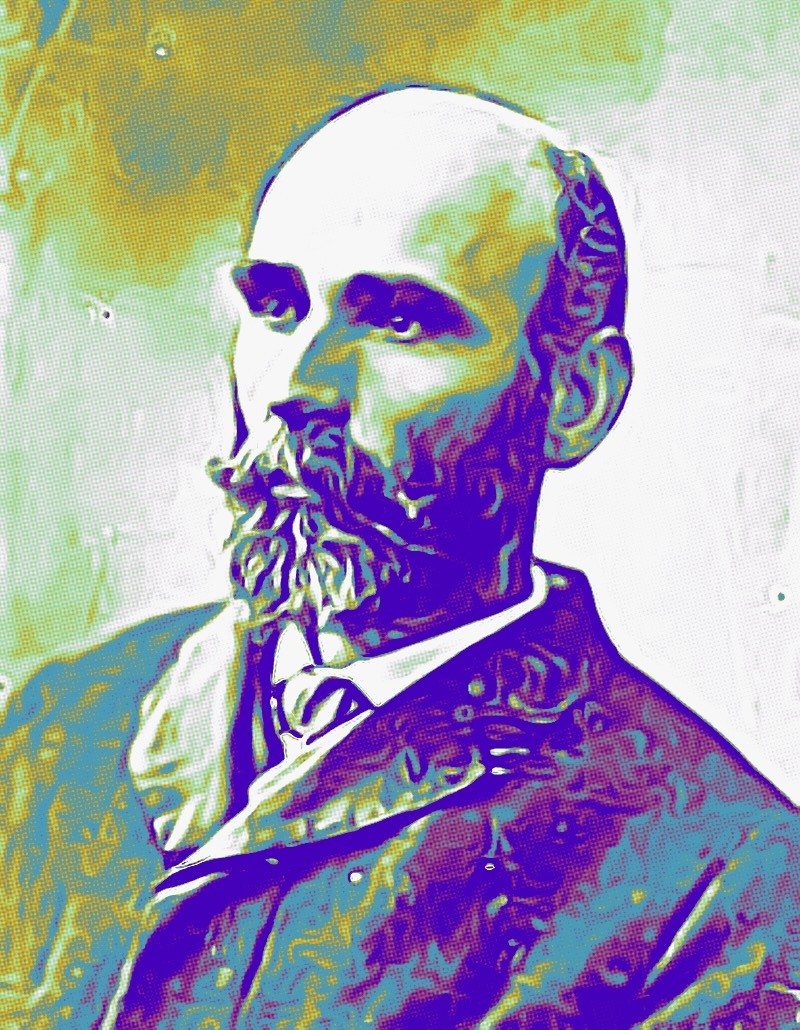 Michael Davitt (1846 - 1906), refugee, physically disadvantaged, revolutionary, agrarian agitator, parliamentarian, journalist, author and servant of his people was born in Sraide, Mayo during the Great Hunger to a family of Irish speaking tenant farmers.

The family was evicted from their land when Davitt was just 4 years old and now economic refugees opted to leave home first for Liverpool and then onwards to Haslingden a cotton milling town in Lancashire. 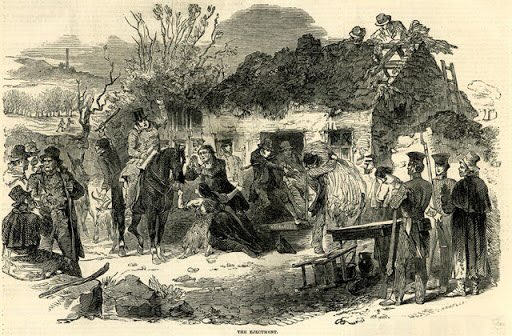 Davitt started working in the mills at 9 years of age. Two years later his arm got caught in machinery and had to be amputated. Sadly child labor and mill maimings were not unusual in Victorian England. Davitt was more fortunate than many injured children as a local philanthropist arranged for his education at a Wesleyan school. 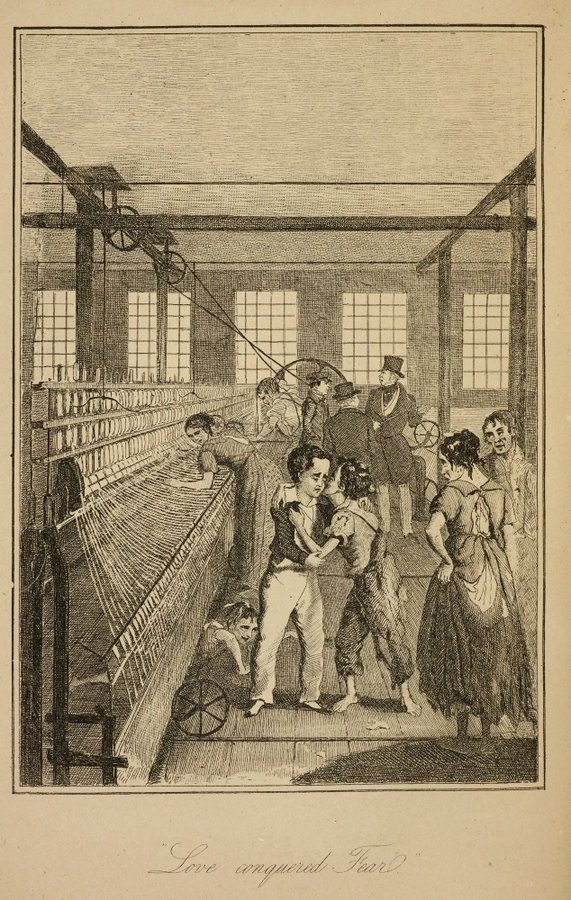 By 1861, Davitt secured a job at Haslingden’s post office/ printer and during this period he became increasingly radicalized leading to membership in the Irish Republican Brotherhood (IRB), an organization dedicated to the armed overthrow of British rule in Ireland.

Davitt’s activities with the IRB would result in his arrest and conviction of treason felony at the Old Bailey with a sentence of 15 years in 1870. He served more than 7 years of his sentence, the bulk of which was spent in the notorious Dartmoor prison. The incarceration regime scarred his health permanently. 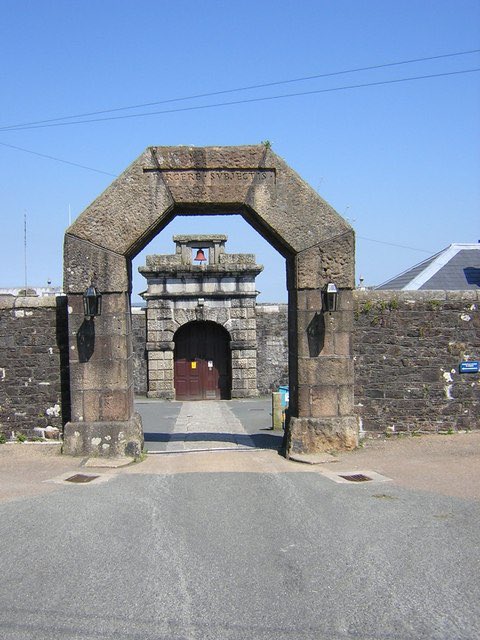 In 1877, he was released under political pressure from the Irish Home Rule Party. On his return to Ireland, Davitt began writing and speaking of his life experiences to public acclaim. He returned to Mayo in 1878 and it was there that he began a political transition to an emphasis on land reform.

Davitt was central to the establishment of the Irish Land League in 1879 with Charles Stuart Parnell as President and Davitt as one of the organization's three secretaries. The new organization agitated for fairer treatment of Irish tenant farmers. The Land League achieved notable success with the shunning action against Charles Boycott in Mayo in 1880. Davitt worked to establish branches of the organization across Ireland and travelled to America on fundraising speaking tours. 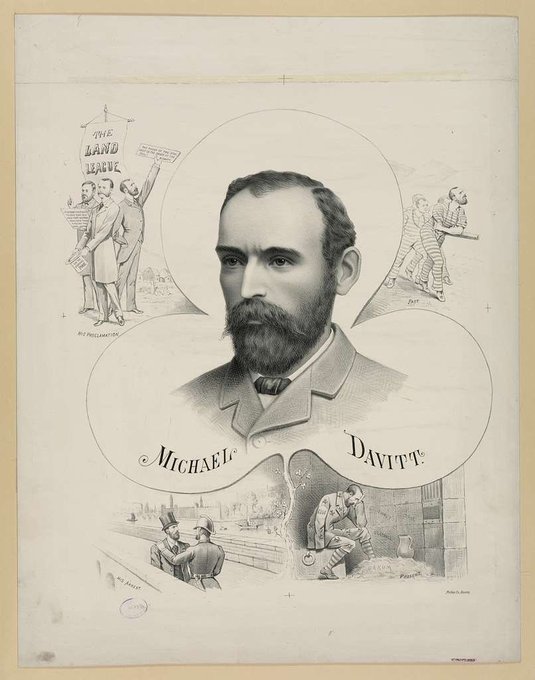 While the Land League was nonviolent in nature, the associated agitation periodically spilled over into violence. The British government responded with the heavy-handed Coercion Acts which resulted in the reimprisonment of Davitt at Millbank in London. While imprisoned, Davitt was elected to Parliament in a Meath by election in 1882. The outcome was  disqualified by his status as a prisoner. Parnell and many members of his IPP party would also be imprisoned during this time.

The impasse between the British government and supporters of the Land War was resolved with the Kilmainham Treaty in 1882. The agreement spelled the end of the Land League and result in a cooling of the relationship between Parnell and Davitt. Increasingly Davitt’s career would focus on speaking, traveling, and writing. He married Mary Yore an Irish American woman in 1886 and together they had 5 children. 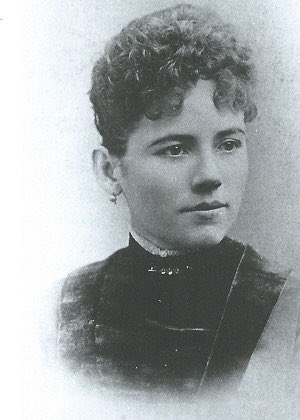 Davitt was elected to Parliament in 1893 and spoke in favor of Home Rule. However personal bankruptcy forced him to resign to put his finances in order. Davitt returned to Westminster in 1895 on the resolution of his difficulties.

Davitt virulently opposed the 2nd Boer War (1899-1902) in South Africa. He resigned his seat in Parliament in protest and in 1900 traveled for three months in the conflict zone visiting Irish troops serving in Boer units.

Davitt continued to play a role in the Irish land movement but the struggle was increasingly dominated by the IPP whose conservative approach was at odds with Davitt’s left-wing radicalism. He died prematurely on the 30th of May in 1906 as a result of septicemia caused by a botched tooth extraction. He is buried in Sraide in Mayo. 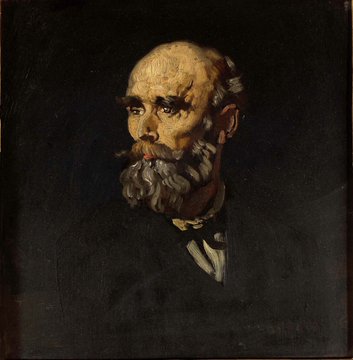 Portrait of Davitt Later in Life